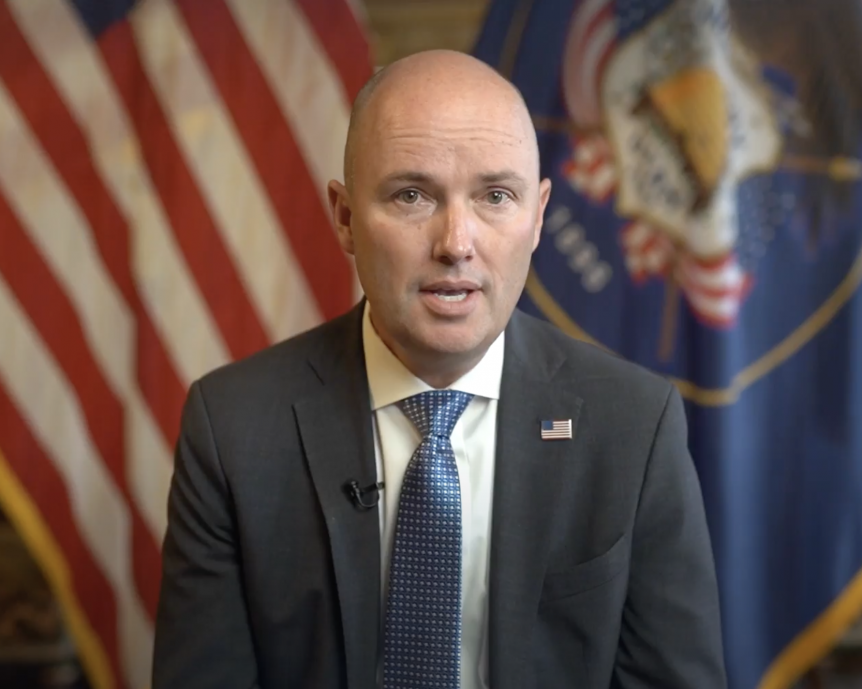 "Utah is proud to be home to nearly 150,000 Veterans whose service and contributions both in and out of uniform have helped strengthen and build this great state," said Governor Cox in his video message. "We are grateful for their willingness to put themselves in harm’s way to protect others and defend the freedoms we enjoy."

Whereas, on November 11, we come together as a nation to honor and remember the lives and sacrifice of our Veterans who have bravely and selflessly served our country in defense of our liberty and freedoms;

Whereas, we embrace this opportunity as citizens to express our enduring gratitude, both in words and in actions, for the Soldiers, Sailors, Airmen, Marines, Coast Guardsmen and Guardians who have served our country;

Whereas, nearly 140,000 veterans call Utah home, having served in Iraq, Afghanistan, the first Gulf War, peacetime, the Cold War, Vietnam, Korea, World War II, and in other places and conflicts around the globe;

Whereas, we recognize and take pride in the social, economic, and cultural contributions our military and veterans make in Utah and the contributions of their families and loved ones;

Whereas, Utah also thanks and remembers the families and loved ones of our Veterans for their sacrifices, their support and for being a blessing to this state;

Whereas, both men and women of our armed forces continue to be an inspiration to all of us through their demonstration of courage, leadership and commitment in service to our state and country; and,

Whereas, Utah is proud to commemorate the service and sacrifice of Veterans throughout the country and especially here in Utah and recommit to never forget the freedoms we enjoy;

Now, Therefore, I, Spencer J. Cox, Governor of the great state of Utah, do hereby declare November 11, 2022 as Veterans Day in Utah